While working on the ‚Refusal’ project, for which he has recently received a nomination for the prestigious award, Rafał Milach explored various systems of society control, in attempt to deconstruct universal mechanisms of propaganda.

To the point, diverse and engaging – these are the words that came to my mind while visiting ‚Refusal’ exhibition at the Atlas Sztuki Gallery in Łódź. The exhibition was presented between 12th May and 18th June 2018. Airy and bright space was filled sparingly with various objects, drawings, videos and photographs. Most of the photos have represented objects: very graphic-like, almost unreal in its abstractness, some of them in black and white, others distinctive and colorful. The exhibition was meant to be watched (enjoying the aesthetic side of artworks) as much as read. Room by room, author is telling us a story that sometimes seems obvious, sometimes needs more time to be understood, creeps disguised between allusions and symbols. The presentation has been precisely and carefully planned, which resulted in an engaging show, giving a great pleasure to the visitors.

‚I’m glad that this particular exhibition from Atlas Sztuki Gallery has been nominated [to Deutsche Börse Photography Foundation Prize], as the topics I have examined were the focus of my research for the past seven years. This exhibition is a summary of certain stage of work; it is still evolving’, says Rafał Milach. ‚I’m also really happy that a photographer from Central-Eastern Europe has been noticed, as far as I know, for the first time in the history of the prize. It can possibly give the better understanding of the region in terms of propaganda and politics.’

Rafał Milach in his artistic practice has been mainly engaging with the Central-Eastern European topics and issues. In 2006 he co-founded the Sputnik Photos collective, focusing on documenting reality of the Post-Soviet states. Photographers involved in the collective have been traveling to the countries of the former Soviet Republic since 2008 and working together on an extensive project ‚Lost Territories’. Each of the artists has worked on their own projects in the meantime, as in this case Milach produced ‚Refusal’, focusing on propaganda and its evolution.

‚From the beginning, I knew for sure that it won’t be a story related to one place. Everything started seven years ago during my trips to Belarus, while I worked on the series „The Winners”, later there was the region of Caucasus: Georgia and Azerbaijan, and at the end – Poland. Next year, I’m planning to expand the project to some new threads from different locations. As I said, it’s important to underline that this is not a project bound to a specific country. It goes beyond geographic boarders. The former East Block has a strong propaganda backdrop and I use it as a case study which can be easily applied to any power structures in the world.’

For Rafał Milach the answer to the question, whether ‚Refusal’ should be described as a documentary series or not, is not easy. ‚Sometimes my works move away from the classically understood documentary photography. They act as an evidence, but to prove rather an existence of the examined issue, than of the physical objects. My projects are focusing more on the relation between the pictures than a single image. As a matter of fact, all of the works are realistic, but the language I use to tell the story with these photographs is paradoxically quite abstract. Some motives are easier to read, some of them are more camouflaged or intentionally not overly illustrated which probably makes them harder to interpret. The relations between particular works are pivotal. And that is where, I believe, a notion of documentary photography may be applied.’

As a part of the Deutsche Börse Photography Foundation Prize ‚Refusal’ will be exhibited at The Photographers’ Gallery in London, from 23rd February to 3rd June 2018, and its concept will slightly differ from the original show at the Atlas Sztuki Gallery. ‚The great advantage of this project is that it’s very flexible and works don’t have to be displayed in a particular order: it’s rather a collection, and a final narrative depends on the space where it will be shown, although of course the subject stays the same’, says Milach. ‚„The Refusal” was created specifically for the Atlas Sztuki Gallery, and that space served as a kind of skeleton that the final selection of works has been tailored for. These elements can be moved around, but the story will stay unchanged’. 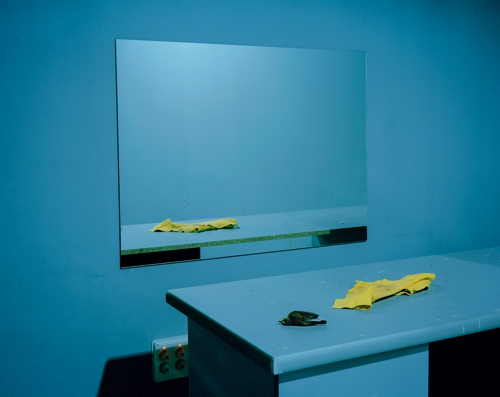 Batumi, Georgia, 2013
One of the interiors of the Alphabetic Tower. In 2013, the Rustavi 2 Broadcasting Company, which supported the then president of Georgia, Micheil Saakashvili, had a television studio there. That same year, Saakashvili’s party lost the parliamentary election and the former president was formally accused of appropriating government funds. The Rustavi 2 editorial department was deserted overnight, becoming a giant trap for birds. Dozens of rock sparrows flew into it through a small opening in the wall. Once they were trapped inside, a combination of heat and starvation killed them. 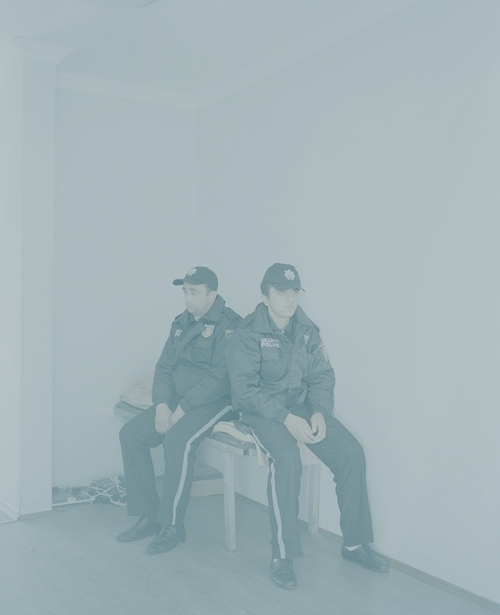 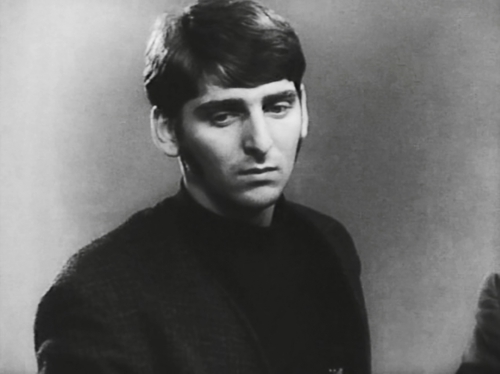 From the Both White series, 2017
Based on the television programme Me and Others, directed by Felix Sobolev. 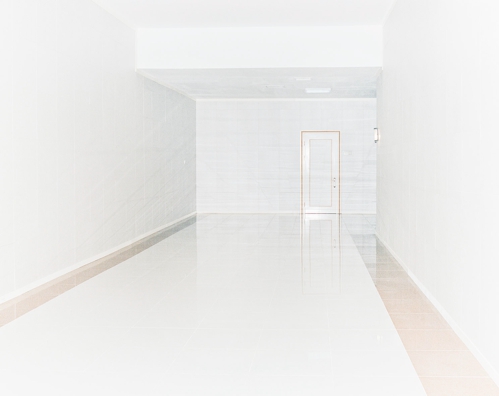 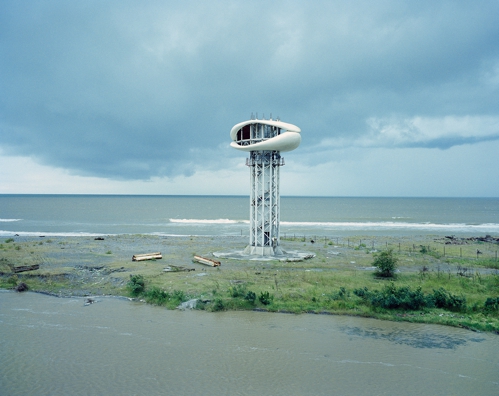 Anaklia, Georgia, 2013
An unfinished viewing tower. In 2011, President Micheil Saakashvili visited Anaklia, a village located on the Black Sea. He conferred town rights on it and announced the beginning of an ambitious development programme which would transform it into a luxury resort. Resplendent with lavish glamour, Anaklia was intended both to become the new authorities’ political flagship and to compensate for the nearby city of Sukhumi, which was lost during the Georgian-Russian-Abkhazian conflict of the early nineteen nineties. Construction work began in 2012. After Saakashvili’s party was defeated in the parliamentary election of 2013 and Saakashvili himself fled the country, the work was discontinued and the colossal building site rapidly transformed into crumbling ‘modern’ ruins. 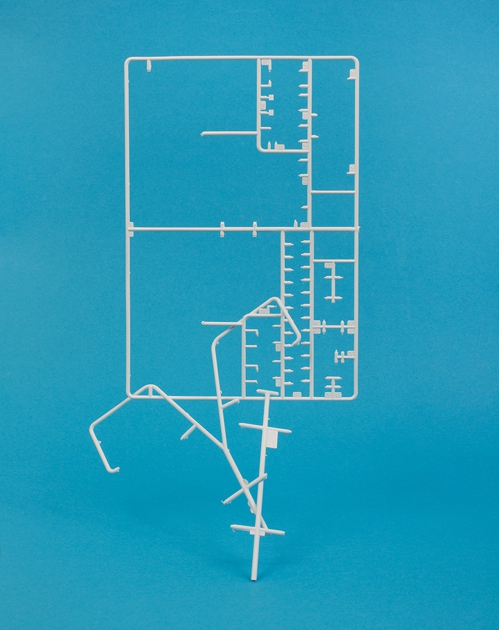 From the Reconstruction series, 2017
Parts of a 1:144 scale model of a Tupolev TU-154 passenger airliner. 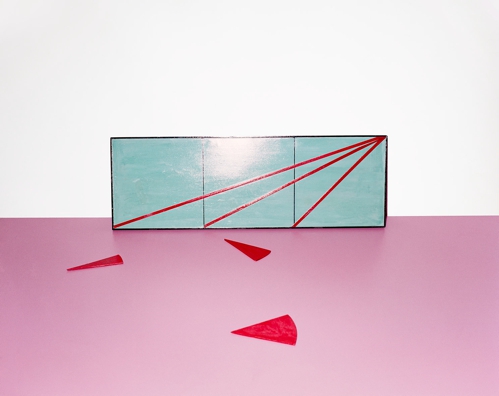 Khyrdalan, Azerbaijan, 2016
Geometric figures and models triggering optical illusions, partly created by pupils of the chess school located in the Khyrdalan Heydar Aliyev Centre. The structure and observation of these objects is intended to help develop young Azerbaijanis’ spatial imagination and abstract thinking skills. The man the centre is named after began his road to authority as an official of the Stalinist secret police organisation, the NKVD. He was a member of the Communist Party of the Soviet Union and an opponent of both Gorbachev and the politics of glasnost. In 1993, he became the president of the recently independent Azerbaijan. 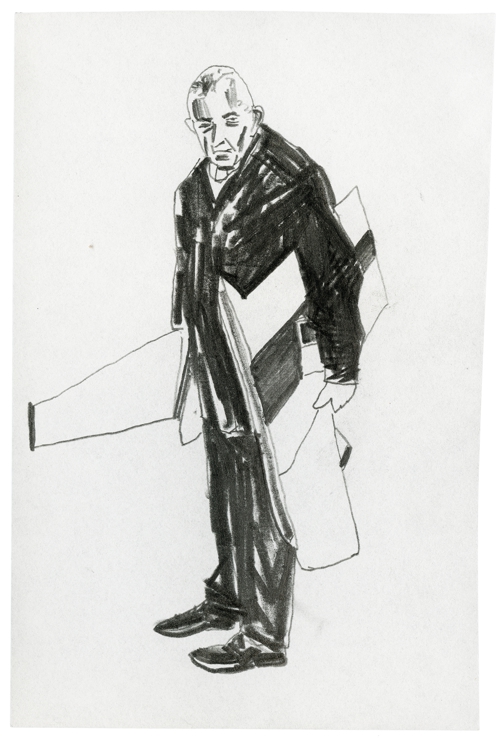 From the Reconstruction series, 2017
Based on:
a) the monthly commemorations of the Smolensk air disaster, which killed the President of the Republic of Poland, his wife, senior military personnel and clergymen, significant past and present political figures and other highly placed members of the country’s elite;
b) excerpts from Antoni Krauze’s film, Smolensk. 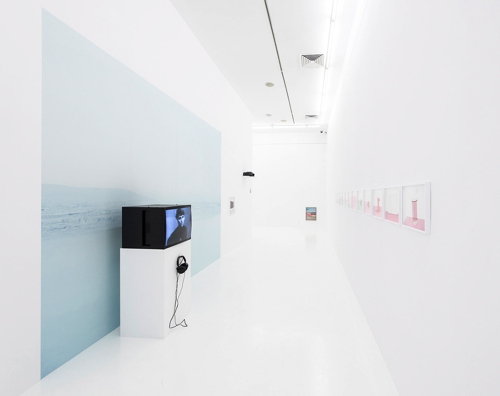 Rafał Milach
Visual artist, photographer, author of photobooks. Graduate of the Academy of Fine Arts in Katowice, Poland and ITF in Opava, Czech Republic. He currently lectures in the latter institution. For over 10 years, Rafał Milach has been working on transition issues in former East Block countries. He has earned worldwide recognition for his books – The Winners and 7 Rooms. He received grants from the Ministry of Culture, Magnum Foundation and the European Cultural Foundation. He has won prestigious prizes, including the World Press Photo, Pictures of the Year International. Co-founder of the Sputnik Photos collective. Selected individual exhibitions: C/O Berlin and Zachęta National Gallery of Art in Warsaw. He has had a number of group shows. His works are found in the collections of the Kiyosato Museum of Photographic Arts in Japan, Brandts in Odense (Denmark), CCA Ujazdowski Castle in Warsaw, ING Polish Art Foundation, Museum in Gliwice.
rafalmilach.com

The £30,000 prize rewards a living photographer, of any nationality, for a specific body of work in an exhibition or publication format in Europe felt to have significantly contributed to the medium of photography between 1 September 2016 and 30 September 2017.

2018 marks the twenty-first year of the Prize and reaffirms its commitment to showcasing photographers and works of all genres and approaches, which exemplify exceptional viewpoints and bold practice.